One of the many routes that can be can be found starting from Kilbride car park, as indicated on the information board located on site.

Forestry roads and hardcore paths provide good underfoot conditions,although the terrain can be uneven at times. 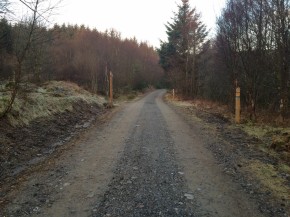 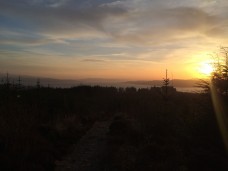 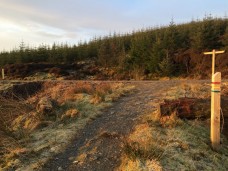 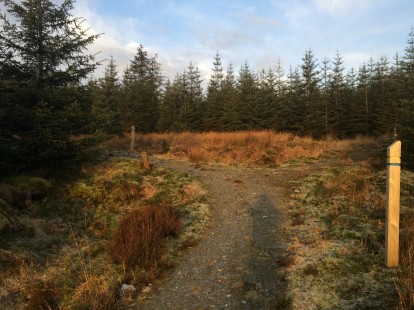 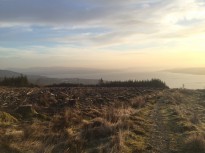 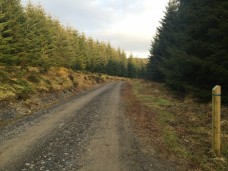 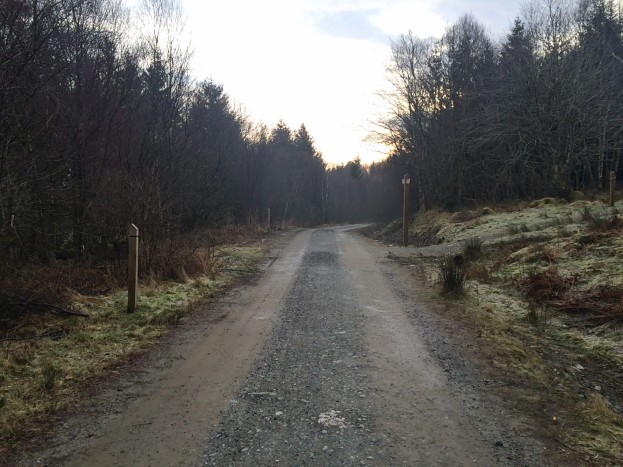 A circular route on forestry roads and tracks. Includes 1 burn crossing and one stream crossing,which are easy enough if rivers not in full spate after prolonged rain. 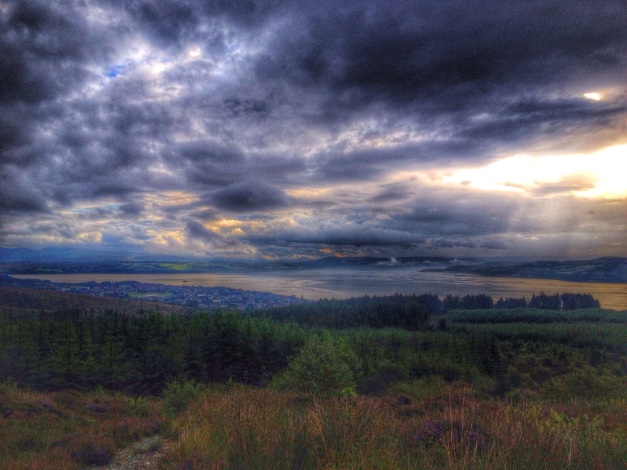 The view will be opening up behind you.

From the trail turn right and follow the forestry road downhill to the S bend, you leave the road and cross the burn and join the path on the other side. The path continues till it meets another forestry road.

From here turn right and follow the road as it heads towards the town, you’ll eventually come to a fork in the road. Take the road on the right as it turns back on its self heading down to the link bridge and continue on the road back to the car park. 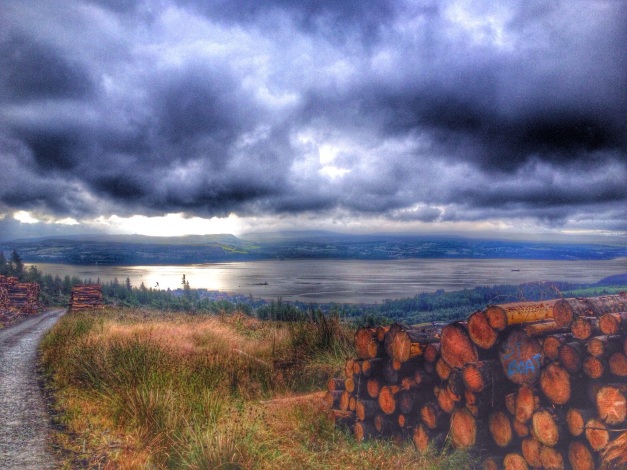 A good walk without climbing too high for stunning views over Dunoon. 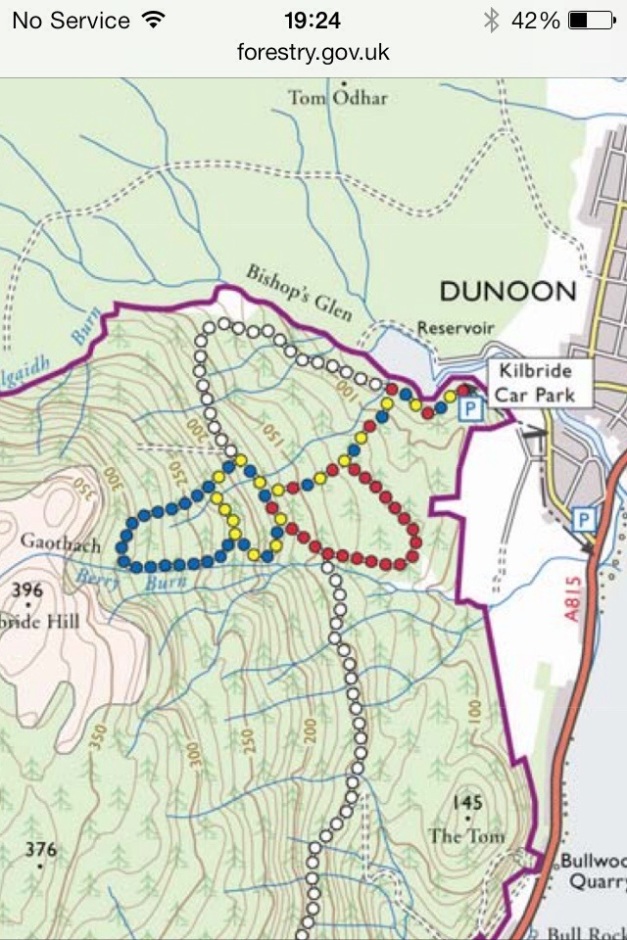 After Saturdays night walk, interest was shown from fellow walkers so a mid week walk was on the cards. Kilbride Loop was chosen as an intro to night walking, remaining on forestry roads and hardcore paths. Providing enough elevation to allow some great views. We were joined by members of the Dunoon Hill Runners, who of course ran the route plus some additional kms thrown in. Setting off from FCS Kilbride car park we crossed each other’s paths a few times on route. Great to see so many people on the hill, the darkness held no one back!!

In to the night 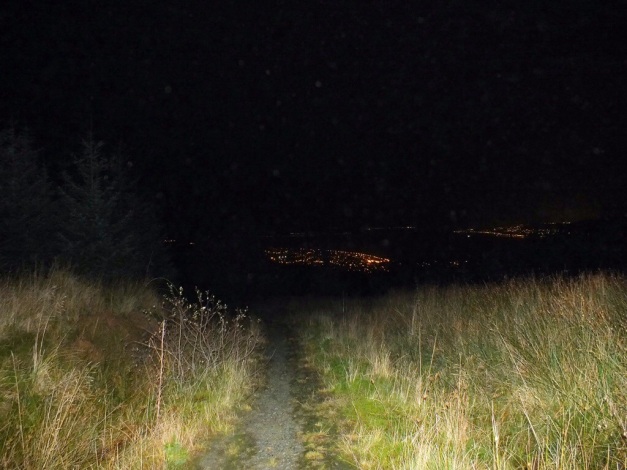 A gradual climb on the second path brings you to the top of the path where it contours the ditch before heading back down. From here the Runners were at the summit of Kilbride Hill and starting their decent. 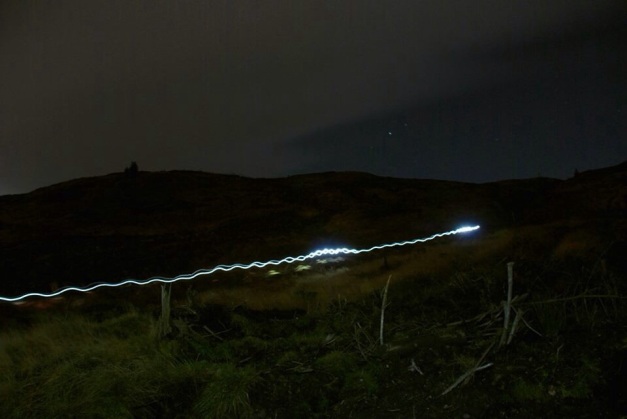 Runners moving off the hill 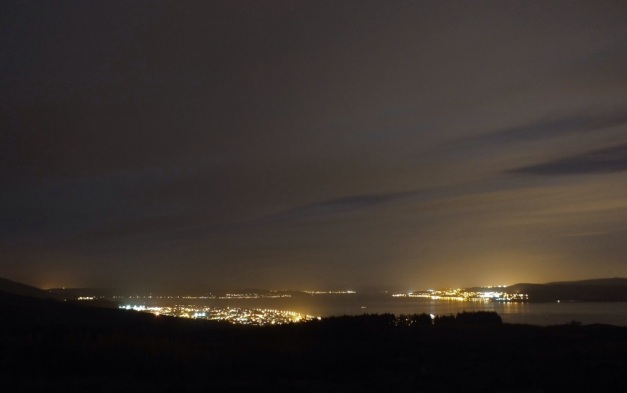 View from top of loop

From here it was follow the Blue markers down hill until you join the top forestry road, turning right to find the first section and return the car park. We met the Runners again as they took the longer route back following the forestry road to car park. 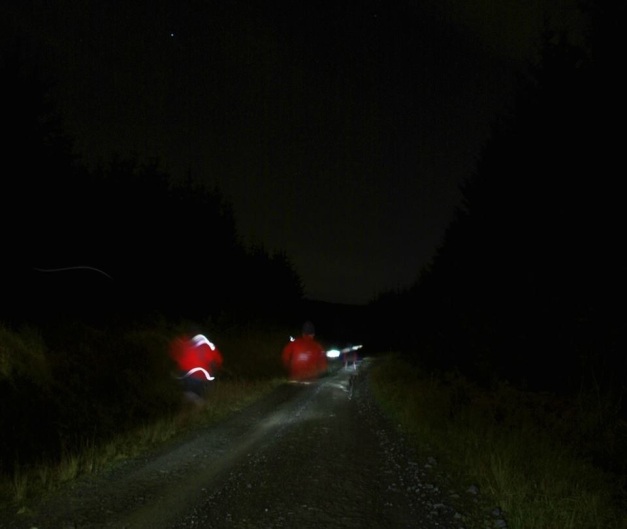 Before heading back down to the first forestry road to return to the car park there was time for a wee play with the cameras.
It’s meant to say Explore Cowal, Ha.

Thanks to all who joined me/attended. A great turn out. Great to see something going on in Cowal !!!
Also thanks to Ian Orr for contributing some pics from the night.

An overnight stay on a clear calm Kilbride Hill

A short walk from Dunoon can provide some great views over the Firth of Clyde and surrounding area. We chose Kilbride Hill due to it close yet remote location. A plateau at the summit provides a great location to pitch a tent/bivi/shelter. 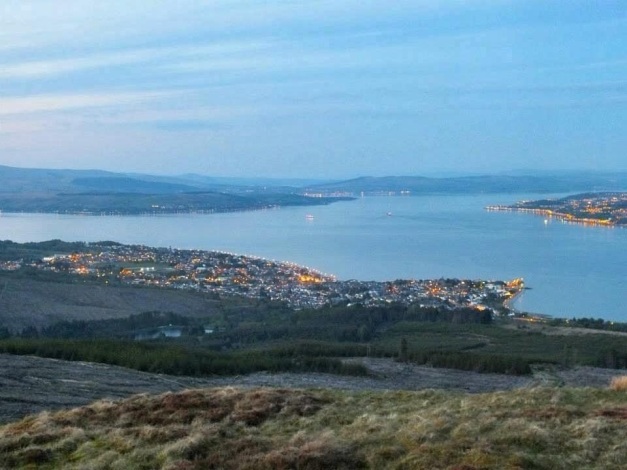 The night drawing in……

The now demolished Inverkip Chimney in the distance 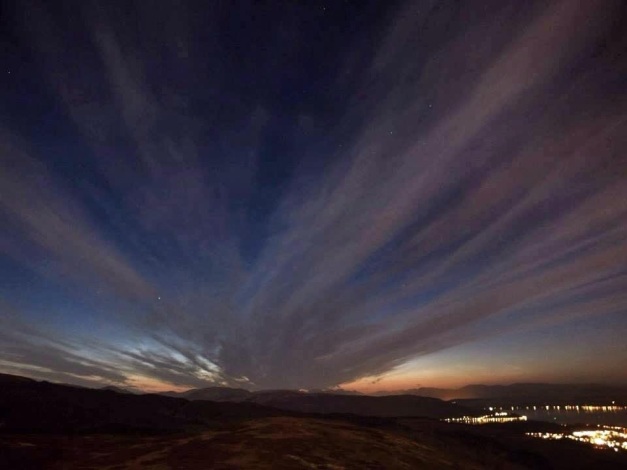 Home for the night

Rising with the Sun…..