Well the whole journey was a tad wintery, including a rather ‘fresh’ Easterly wind !!

Planning ahead, I’d taken my bike to speed up the lower section from Benmore Gardens to where the forestry road ended and the hill track started. This would also speed up my return journey,the thought of free wheeling the final stage back to the car made the original climb past the view point seem worth it.

Once on the snow covered hill track,it was straight up hill to the fence line,some great view over Benmore,the Holy Loch and beyond were to be had.  Over the first gate,continuing north till i found the old fence line,well the uprights were the only things visible. Once on the summit of A’Cruach (482mts) things got interesting, a snow filled,wind swept landscape awaited. Some drifts could not be avoided,the first one was fun as i waded through the thigh high snow…………after twenty similar scenarios the novelty had worn off !! Next was Creachan Beag (547mts) as i followed the fence line, the surrounding hills lit up by the sun. Ground conditions varied from,grassy tussocks,fields of ice and various depths of snow (mostly 12″ +), i certainly felt the strain on this walk. Onwards to Creachan Mor that towers above Coire nan Cleireach,this is where i left the fence line and headed NW to the summit of Clach Bheinn. Planning this route beforehand I’d picked out a route,however due to the drifts it was a case of  dodging what i could and heading for any sign of solid ground. After zig-zagging and contouring round the hill the summit cairn was spotted, a welcome sight indeed. View from the true summit weren’t as good as i hoped,looking north was still obscured by adjacent rocky outcrops. But exploring the high tops in the prestent conditions was a no go.

The thought of returning via the same route had me planning a different descent. A south eastern walk down the shoulder heading for the tree line followed by a steep westerly down by the trees,the snow deep but at least it was all downhill and good progress made. I’d once hiked up a section of this large clearing many years ago so i knew what to expect. Eventually emerging onto the forestry road on west Loch Eck………solid even ground….. at last !

Something was always in the back of my mind……………..my bike !!! It was still hopefully sitting up beyond the Benmore viewpoint,aaaaargh. Perhaps taking it wasnt the best idea 🙂 A trudge back up the hill to fetch it, followed by the free wheeling section i’d been looking forward to before a slow pedal back to the car. 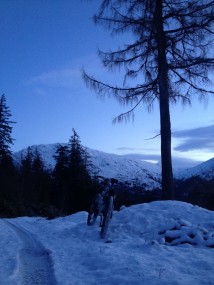 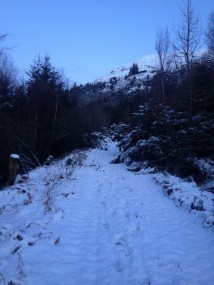 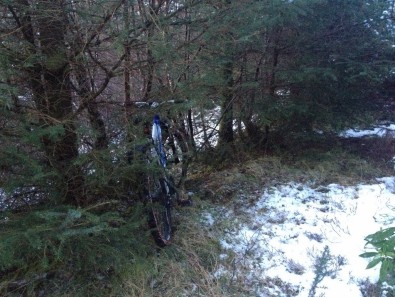 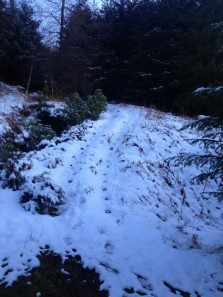 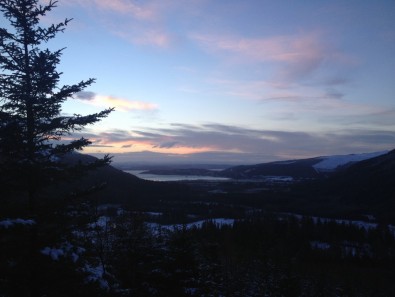 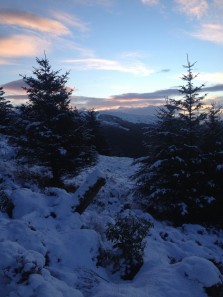 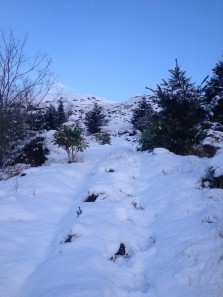 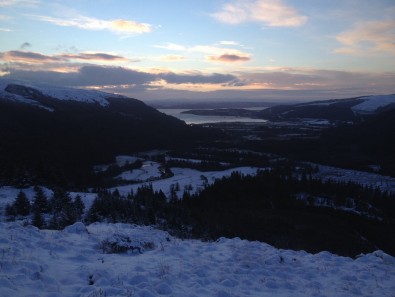 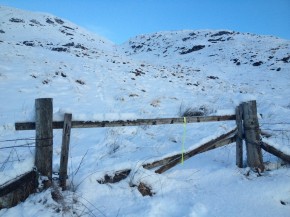 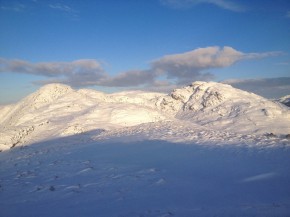 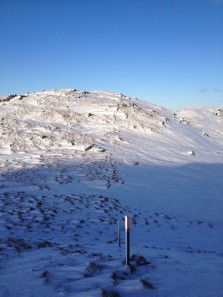 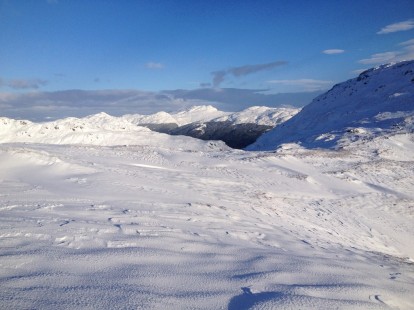 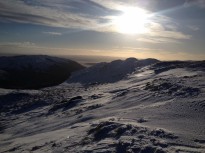 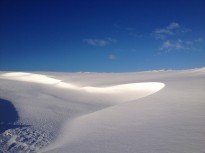 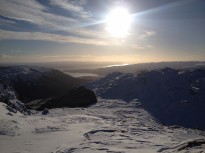 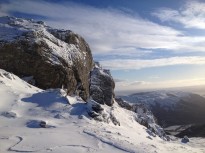 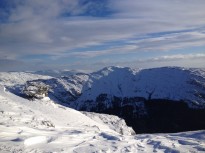 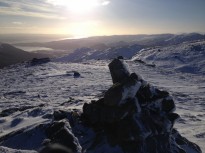 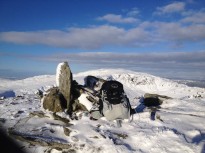 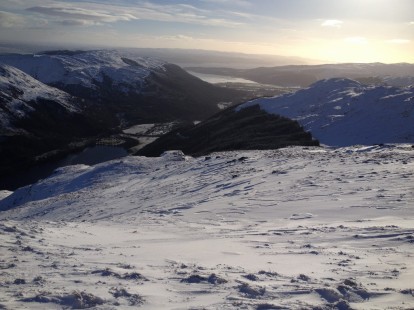 For an interactive map with route, stats and picture locations click HERE 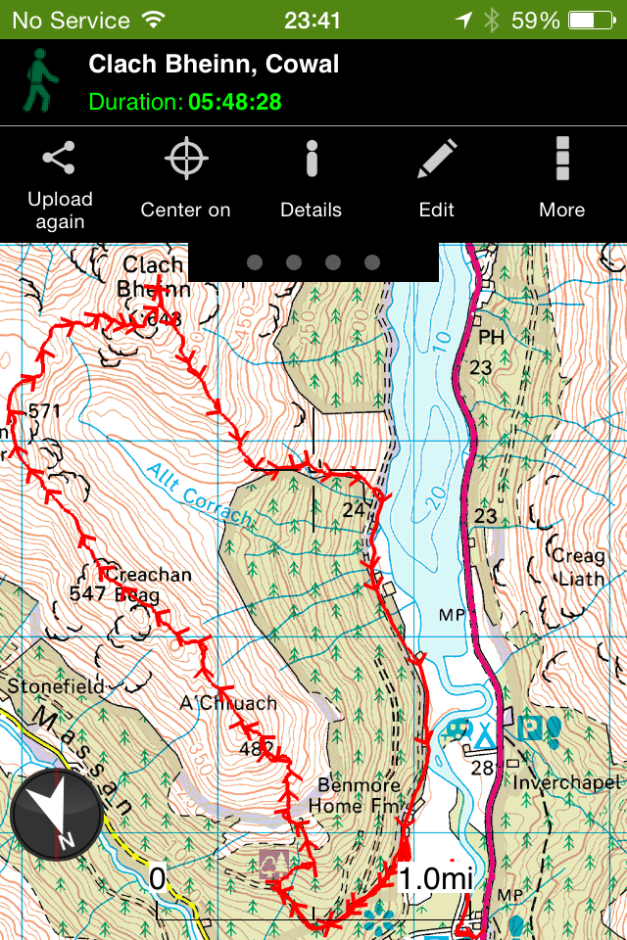 Will upload video once I get some decent tinternet connection!!