Toward to Tighnabruaich with the SIB

Another promising forecast meant the SIB was destined for the water. The choice being a run from Toward to Tighnabruaich, through the Kyles of Bute via Caladh Estate.

Launched and loaded we were ready to get underway……….the outboard had other thoughts ! Continuous loss of power under throttle that eventually cut the engine out was not an ideal start. Getting the engine running again, hoping the mystery problem had been resolved we motored about the bay but the symptoms persisted.

Heading to the shore, the engine cover was removed, similar to lifting a car bonnet and looking as if you know what you are doing !! Was it under fuel, over fuel or dirty fuel. Fuel line checked no leak, choke operating, fuel tank checked, head scratched, priming bulb checked,head scratched, fuel tank coupling checked,chin stroked……………fuel line coupling to outboard,eureka! There was a 3mm gap where the coupling wasn’t truly home and was drawing air. They say these things run on fresh air, well they dont !

The engine never missed a beat once the coupling was pushed home……..take two!

We set off and headed over towards Admaleish boat yard before heading up the Kyles, building confidence in the fuel delivery. We spotted three RIBs  approching from the south, then passing on the east heading towards Colintraive.

We continued up through the Kyles investigating some of the rocky islands that form the collective group known as the Burnt Islands. Continuing we headed for Caladh Estate, a place I’d kayaked through en route to Bute from Ormidale. 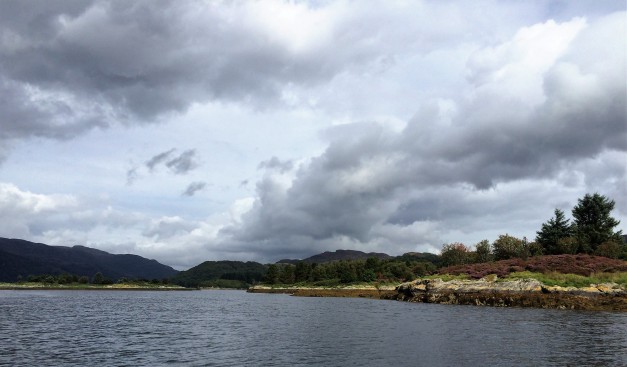 Sitting anchored were the three RIBs, enjoying the tranquillity of the harbour. We were beckoned across to join the three impressive crafts. After a chat it became apparent we were all members of the RIB.net Forum , where i’d joined to research SIBs, seek advice and look for inspiration. It was also apparent after out chat that everyone that is on the water is there for one thing,to get out and enjoy it ! We left Paul and the others as they were heading to Tarbet for lunch, they did invite us but i think they’d have starved to death waiting for us, so we declined.

We tootled out of the harbour taking a few pics of the impressive surroundings.

Heading round to Tighnabruaich at a leisurely pace for lunch, we passed many different boats, everyone giving a courteous wave in the passing. 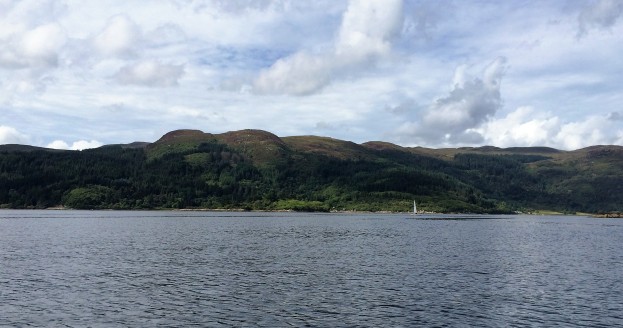 Once we’d stopped off shore for a bite to eat we made for our return journey, taking in more of the Burnt Islands before leaving the Kyles. The Colintraive locals were undeterred with our presence.

A nice 15mph cruise had us back at Toward in no time, again plenty of others out enjoying the great conditions.

A great few hours spent exploring the local area at a leisurely pace and meeting new people………..that’s what its all about.